In the Shop with Furniture Maker Tom Dumke For master craftsman Tom Dumke, it took just four simple words to ignite his artistic spark.“I can make that.” It was decades ago when he had this fateful epiphany, Dumke and his wife, Linda, had been seeking furniture to fill their now-former home when he came to the realization that, yes, he could build the pieces Linda admired—and he could do it better.

Then a computer numeral control (CNC) machinist with a longtime admiration for fine craft, Dumke did not have formal woodworking training, but when it came to honing his skills, he had guidance—the editors of Fine Woodworking taught him within the magazine’s glossy pages; Bob Vila spoke to him via This Old House. Years of studying the masters and referencing historical furniture plans eventually led him to launch his furniture-making business as a part-time endeavor, in 1996. Seven years later, in 2003, he retired from his career as a machinist to pursue his business full-time, with Linda serving as an instrumental partner at the helm of marketing, bookkeeping, and scheduling.

Saying this undertaking has been a success is an understatement. Dumke’s designs are instantly recognizable, combining Shaker-style simplicity with modern details to yield pieces that are distinctly his own. His popular Zebra Side Cabinet is emblematic of his design perspective: solid-wood construction; hand-selected, highly figured woods; meticulous detailing; and a sleek, pared-down silhouette crafted specifically to accommodate tight spaces.

The same streamlined look and attention to detail that defines Dumke’s designs also applies to his studio, an open and well organized 900-square-foot space built a mere 50 feet from the couple’s home. Despite his short commute, Dumke spends about 10 hours a day, six days a week in his shop, cutting, and sanding entirely on his own. It might be a grueling schedule to some, but Dumke doesn’t seem to mind it.

It helps that the workspace is bright and airy. The sun’s rays stream in through two skylights and illuminate a cluster of clamped, blonde table legs. Hand tools, jigs, and fixtures stand at attention on each of the four walls, waiting for their chance to be deployed. It’s a space that projects dual properties of utility and romance, the air scented with the spicy smell of freshly cut wood—perhaps cherry, or birch, or shimmering, shifting tiger maple. But for Dumke, it’s his “man cave,” and each of his tools or templates plays a role in the masterful craftsmanship that’s characteristic of his pieces: mortise-and-tenon joinery, dovetail drawers, and pegged construction.

Dumke, who eschews the use of CNC machinery in crafting his works, explained that these techniques yield furniture that is not only striking and flawlessly constructed but also timeless. He wants to create pieces that will become precious family heirlooms for generations to come.

Dumke does create furniture that steps outside the Shaker style. In fact, these pieces decorate his home. There’s a floor-to-ceiling wine hutch near the kitchen, and a multi-drawer bureau in the basement, but most striking is the Queen Anne–style armoire that presides over the sitting area. With its delicate, carved spires, cabriole legs, and curved top, the piece is a far cry from the simple, clean look that’s defined his work. While he enjoys making furniture with different design personalities, Dumke said it’s important to him to maintain the Shaker style that’s not only brought him so much success, but also inspired so much happiness in the people who’ve purchased his work throughout the years—so that they can always look at a piece and say, “That’s Tom Dumke.” 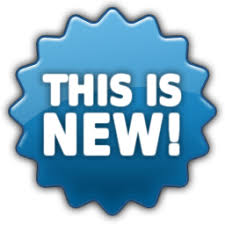